This is part 3 in a three-part series about my trip to San Francisco to visit Maker Faire Bay Area. I also write about our visit to Lick Wilmerding High School and to the Exploratorium in separate posts.

Attend Maker Faire Bay Area. We arrived half an hour before the gates opened to find hundreds already in line. (Pro tip: get there about an hour before opening time — that first hour we were there was much less crowded than later in the day.) 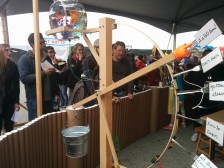 This water clock was a starter for the Rube Goldberg contraption built by kids all day long. (Exploratorium’s booth)

How to build an air-powered rocket.

Closeup of an air-rocket built by a kid.

Check out how popular this booth was! 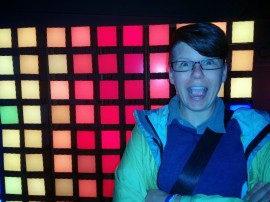 In the Dark Room, we found a ton of exhibits that used light in some interesting way. 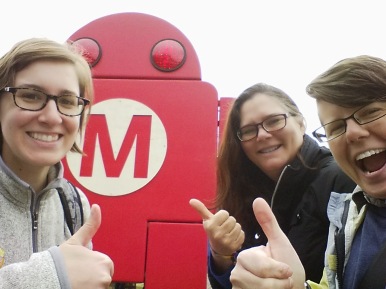 Guess you could say he was a real flash in the pan.

Turns out, those chemicals are noxious.

Other displays were for interacting with, like this Razor scooter-driven spirograph.

Some displays were for looking at, like this giant sculpture.

My three takeaways were:

2 thoughts on “My Trip to Maker Faire Bay Area: Saturday at Maker Faire”