#Twittereen is a virtual costume day for the mathtwitterblogosphere and beyond. The rules are simple:

How did all this get started? I gotta be honest with ya, last year was my first year participating. I knew there was at least one before that. Thankfully, our #MTBoS-historian and Twitter Math Camp organizer, Lisa pinned down the origins for me: #Twittereen began in 2009, where it looks like Sean (@SweenWSweens) dressed as Sam (@samjshah).

How do you do #Twittereen? First of all, let’s bring Lisa (@lmhenry9) in to eliminate some stress:

My approach is to first get inspired by browsing avatars of folks in the #MTBoS (or peripherally associated with us!). Then, I choose my target. In 2012, my target was @mrpicc112 who was at the time using one of those arrays of nails that you press your hand into to make cool 3D images. I had spotted one of those thingys in a colleague’s room, so I knew it was achievable. Finally, get set up to represent or recreate your target’s avatar, and simply tweet using #Twittereen on Oct 31 while wearing your new avatar. Don’t give it away right off the bat — the guessing is half the fun.

Probably the most unintended of consequences are the new people I follow because of #Twittereen. What? You want an example? So, last year, Sadie (@wahedahbug) dressed as Lusto (@lustomatical), some well-tattooed dude I wasn’t following at the time. But if he’s cool enough for Sadie to emulate, he’s cool enough for me to follow (good guy BTW):

Some people look forward to #Twittereen for most of October. They plan multiple costume changes during the day. Well, to be honest, I’m mostly just describing @approx_normal. I asked her why she loves #Twittereen and she responded:

And now, a tour through #Twittereens past:

(updated Monday 10/28 at 2pm EDT) A challenge for y’all from @approx_normal: GO TO APPROXIMATELY NORMAL IN THE CLASSROOM TO READ AND ENTER

Last year we submitted our character changes and then voted on our favorite. We are still going to do that, but this time we are going to add some extras.

If you’ve already put on your “costume”, please change back to “normal” for a few days. Why? We will need your original avatar for comparison. Aaaaaand, everyone loves “reveal day”.

So, here are the rules for submission (if you want – totally optional):

1) You must fill out the form at the bottom of the blog post to submit your Twittereen costume by October 30th 7:00 p.m. EST to qualify to win. There are a bazillion of you now, and it will take me a few hours to compile. 🙂

2) Reveal starts on October 31st! And so will the voting for best Twittereen “costume”! This year we are adding a few extra awards:

b) Most Creative Interpretation

GO TO APPROXIMATELY NORMAL IN THE CLASSROOM TO ENTER

So again, please DON’T change your avatar until people have had a chance to do the copy. Here is the direct link to the form if you need it. Have fun and we’ll see the “new you” on the 31st!

Love, love, love the way Timon (@mrpicc112, at left above) swapped the hedgehog in the image for this. There are a few leaps you have to make to get it.

You want Lisa’s blog “Twittereen 2011 — for Sam” because she kept record of the Tweets as folks revealed themselves.

And it looks like 2010 was the year of “dress up as Kate”. Sam blogged about 2010 #Twittereen and has more pictures. I do remember #Twittereen 2010 but had forgotten it till Lisa pointed me to Sam’s blog.

This, apparently, is where it all started. October 2009 and Sam was using this picture as his Twitter avatar: 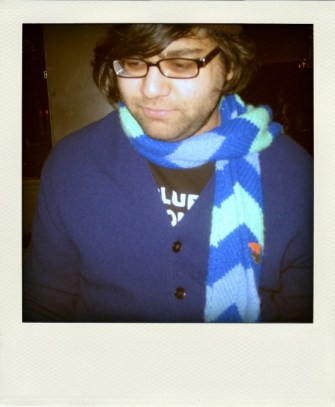 (7:15pm Sunday) Greg (@sarcasymptote) reminds us if  you’re doing twittereen you should save the pic of the person you are dressing as. In his words, “shit gets real confusing otherwise when trying to pull together compilations.” Spoken like a true veteran, Greg.

(4:50pm Friday) Why should someone very new to the mathtwitterblogosphere particpate in #Twittereen? I mean, after all, it’s not like your inspiration would even notice (yeah right, that’s what @ mentions are for). Kate (@k8nowak) mentions all the good feels your target gets when you dress as them:

Holy crap, yes! I can only speak for me, but I LOVED seeing Julie dress as me last year. What an honor that *she* picked *me*. Y’know?

(4:50pm Friday) Struggling to find someone to impersonate? Katie (@fourkatie) who dressed as @cheesemonkeysf suggests the following for inspiration:

In my attempt to write about the history of #Twittereen, I’m pretty sure I left important people and details out. Won’t you help me fill them in with comments, below?

One thought on “HOWTO Participate in #Twittereen”